Deparment of law and economics

The Department of Law and Economics provides – as its name suggests – courses in two basic fields required in the knowledge and skill set of every business economist. In addition, it is also the specialised department for the follow-on Master’s degree programme Law in the Global Business Environment, while also significantly contributing to teaching courses in a number of other specialisations taught at ŠKODA AUTO University. In addition to teaching, the lecturers of this department also contribute as experts in solving practical problems in their respective fields. In addition to this cooperation, they are also active in the field of scientific publishing, representing the university in the international academic community. They are members of professional and expert organisations.

Head of Law and Economics Department

Pavel Neset is currently the head of the Department of Law and Economics at ŠKODA AUTO University. He graduated from the Masaryk University in Brno, in the field of Philosophy and Economics. He defended his dissertation at the Faculty of Economics and Administration of the Masaryk University in Brno in 2008, acquiring his Ph.D.. Between 1997 and 2003, he lectured in the Department of Macroeconomics at the Faculty of Economics at the University of Economics in Prague, where he later worked as the Vice-Dean of Teaching. Between 2008 and 2017, he worked as a Vice-Rector for Teaching and Study Affairs at the Business College in Prague. His teaching and professional activities focus on macroeconomics, microeconomics, international economics. In terms of economics, he focuses on the methods of the new Keynesian economics and their application in economic policy. 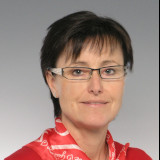 Šárka Dvořáková has taught professional economic courses for over 20 years and specifically at ŠKODA AUTO University since 2000. She graduated in Industrial Economics at the Faculty of Production and Economics at the University of Economics in Prague (Ing.) and later completed supplementary pedagogical study at the Charles University in Prague. She was awarded a Ph.D. in 2005 in Business Organisation and Management at the Technical University in Liberec. Her doctoral dissertation was titled "The Effect of Macroeconomic Reality on Microeconomic Entities on the Supply Side in the Example of ŠKODA AUTO, a.s., Focusing on the Issue of Linking Success of Development to Macro and Micro Levels." She has further explored and developed the topic in follow-on professional articles and at scientific conferences, most recently in 2016 at the University of Hradec Králové. After graduation, she worked for several years in the investment department of an engineering company. After 1992, she worked for three years as a deputy executive of a foreign (BRD) company for advertising printing. She has taught specialised economic courses since 1995. In the field of pedagogy, she first specialised in business economics, business science and controlling and specialises in microeconomics and macroeconomics. 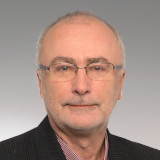 Vladislav Flek graduated from the Faculty of Economics at the University of Economics (Ing.) in 1985. He obtained his Csc. in 1992 at the Economic Institute of the Czechoslovak Academy of Sciences, where he worked until this year as a specialist. He successfully finished his habilitation (Doc.) in 2009 at the Faculty of Social Sciences at Charles University in the field of Economic Theory. In 1997, he founded the Bachelor’s degree course Labour Economics at the Institute of economic studies of the same faculty, where he still teaches today. Most of his previous professional career was related to the Czech National Bank (1993–2007), where he worked as a researcher, main economic analyst, coordinator of economic research and monetary advisor to the bank’s board. Vladislav then worked in the office of the Minister of Finance as an expert on the euro until 2011. In addition, he has also taught at universities and participated in international research projects and intensive publishing activities particularly in the field of the labour market, but also economic growth, economic structure, real convergence and exchange rates. He has completed a number of international research scholarships, including at Oxford – Pembroke College or Stanford University in the USA (Fulbright Scholarship). Vladislav has worked for ŠKODA AUTO University since 2015. 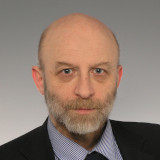 Petr Frischmann is an experienced lawyer and long-time university lecturer. He graduated from the Faculty of Law of Charles University in Prague, where he later taught at the Department of Civil Law. In his academic career, he also taught at the Faculty of Science of Palacký University in Olomouc, University of Liverpool (UK) and University of San Francisco (USA). He has worked with ŠKODA AUTO University for more than 10 years. In his publishing activities, he focuses on the field of civil, commercial and labour law, at the same time focusing on more general issues of law application in a broader social and cultural context. His experience as a lawyer goes back to 1996. Since then he has specialised in corporate law, M&A, commercial contracts, real estate and intellectual property rights. 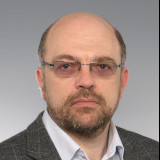 Stanislav Šaroch is a long-time university lecturer. He graduated from the Faculty of Economics at the University of Economics in the field of Economic Policy (Ing.), followed by doctoral studies in the same field (Ph.D.). In 2003, he was appointed docent in Economic Policy at the Faculty of Economics, becoming the youngest docent of the faculty for some time. In 2018, on the proposal of the Scientific Council of the University of Economics in Prague, he was appointed Professor of International Economic Relations by the president of the Czech Republic. Since 2004, he has worked full-time at ŠKODA AUTO University and has contributed to the accreditation of four follow-on Master’s degree programmes as well as modernisation and expansion of Bachelor’s and Master’s programmes. In teaching, he specialises in the fields of international economics, economics of European integration, economic policy, institutional economics and competitiveness of countries.

Pavel Mertlík is a leading Czech economist and a long-time university lecturer. He graduated from the Faculty of Economics of the University of Economics in the field of Political Economy (Ing.), followed by doctoral study of General Economics (CSc.). In 1998 he reached habilitation and was appointed docent at the Faculty of Social Sciences of the Charles University in the field of Economics. He served as Deputy Prime Minister of the Czech Republic in 1998-2001 and as Minister of Finance in 1999-2001. After retiring from politics, he worked for eleven years as the Chief Economist at Raiffeisenbank. In terms of his scientific and educational activities, he specialises in microeconomics, macroeconomics, institutional economics, economic policy, and history of economic thought. He has been the Rector of ŠKODA AUTO University since 2015.

Václav Šmejkal is a member of the Department of Law and Economics at ŠKODA AUTO University, docent in the Department of European Law of the Faculty of Law at Charles University, arbiter of the Court of Arbitration of the HK and AK of the Czech Republic. He graduated from international relations and international law at universities in Moscow, Toulouse and Prague and went on long-term study visits to Paris, London and Antwerp. He worked as the director of Czech Business Representation in Brussels, as a journalist, corporate consultant and legal specialist in a law firm. He is an expert in EU law. As a teacher and researcher, he focuses primarily on the field of competition, consumer protection and social rights. He also managed several research grant-projects and has authored and co-authored a number of monographs and articles about the projects in professional journals in the Czech Republic and abroad.

Josef Jílek is a Czech economist and university lecturer. He was born in Litomyšl and graduated in 1981 (summa cum laude). He then continued his studies and internships and gave lectures at foreign universities such as Brown University, Washington State University, North Carolina State University, University of Ghent, Reading University and London School of Economics. He also worked in several foreign research centres, among his collaborators were for example professor D. T. Llewellyn (Loughborough University of Technology) and professor C. Goodhart (London School of Economics). He gained practical experience in financial institutions such as J. P. Morgan, Barclays Bank, Lehman Brothers, Federal Reserve Bank of New York, Bank of England, Bundesbank and Banque de France. In 1995, he became docent in the field of national economy and was appointed professor in the same field in 1999. He is known for many domestic and foreign publications on derivatives, financial risk management and accounting. He contributed significantly to the implementation of International Financial Reporting Standards in the Czech Republic. He is a member of many expert groups in the European Banking Authority (EBA), European Securities and Markets Authority (ESMA) and European Insurance and Occupational Pensions Authority (EIOPA).

Jiří Malý graduated from the Institute of Economic Studies of the Faculty of Social Sciences, Charles University in the field of economics, where he also completed his doctorate in economics (PhDr., Ph.D.). Between 2000 and 2001, he worked at the Ministry of Labour and Social Affairs as an advisor to the Minister and Deputy Minister. Between 2001 and 2002, he worked at the Ministry of Finance as an advisor to the Minister. From 2002 to 2010, he worked as a researcher at the Institute of Integration of the Czech Republic into European and World Economy at the Faculty of International Relations of the University of Economics in Prague. From 2005 to 2017, he was a lecturer and researcher at NEWTON College, from 2010 to 2017 he was the Director of NEWTON College's Institute of European Integration and Chairman of the Editorial Board of the scientific journal Scientia et Societas. He worked on research projects for the Czech Science Foundation, the National Research Programme, the Ministry of Labour and Social Affairs, the Ministry of Industry and Trade and the government of the Czech Republic. Between 2009 and 2017, he was the manager of the project Support for Exchange of Knowledge in European Integration, co-financed by the European Social Fund. In 2017-2018, he worked as an external researcher for the Czech government on a project called System of Long-term Priorities of Sustainable Development in State Administration, co-financed by the European Social Fund. He was a member of the core team of the project and coordinator of the expert group Income and Wealth. He is also a member of the National Convention on the EU. He is the author of many professional articles and other publications, especially in the field of European integration, world economy and economic policy. Jiří has been a member of the Department of Law and Economics of ŠKODA AUTO University since 2017.